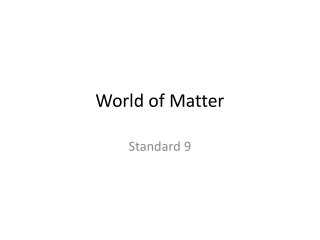 WHAT DO YOU KNOW ABOUT STATES OF MATTER? - . what are the three commonly known states of matter? what is the gas, liquid

The States of Matter - . and the unit essential question is…. how does matter respond to its environment?. today’s