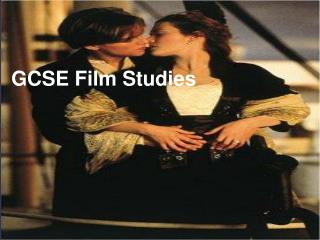 Understanding Your GCSE Statement of Entry and Exam Timetable - . charity of the year 2012 - 2013. north west cancer

Film Studies - . sixth form options evening 2011. what is it?. at as – we learn about the micro-features of film

The Pitch - . gcse film studies. overview of assignment . a pitch is a short presentation of ideas for a film delivered

Development of the Controlled Assessment task for 2015 - . by: helen robertson fsc london 21 october 2013. the task

MS2: Coursework - . 50% of final as grade. what is it?. three pieces of linked work: a pre-production reflecting research

Film Analysis: How do I make sure to tie all of this stuff together?!?! - . dr. g’s example. as you requested…. here