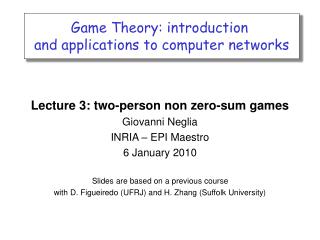 Evolutionary Dynamics, Game Theory, and Psychology - . today and next tues: we will show you some work we are doing at

Computer Networks Chapter 3: Internetworking - . problems. in chapter 2 we talked about how to connect one node to