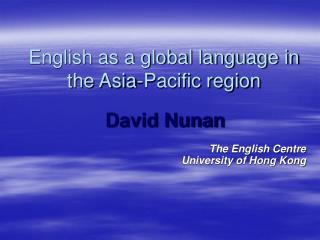 English as a global language in the Asia-Pacific region

English as a global language in the Asia-Pacific region The History of the English Language - . created by judika webb ba english ma professional writing and rhetoric. the major

The English Language - . origins, history, development and samples. mini - quiz. how many words in english does merriam

Asia’s Tundra's - . by melissa martinez. the

Australian English - . by victoria kosareva. there are different territorial variants of english. it is a regional

The Origins and Development of the English Language Chapter 4: The Backgrounds of English - . john algeo and thomas pyles