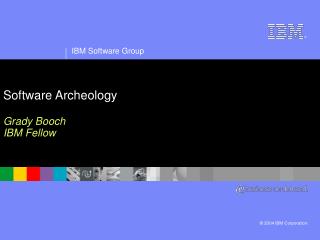 Archeology - . chris meagher. why archeology. i have been working on archeological digs for many years. people don’t

Archeology - . can also be spelled: archaeology. what is archeology?. sub field of cultural anthropology sometimes kept

IBM Software Group - . proposals and statements of work gordon lee. agenda. why learn how to do proposals? in the

Agile Archeology - . recall: we discussed agile…. now the unified process and uml and …. the complementary

Biblical ARCHEOLOGY - Biblical backgrounds. biblical archeology. all scripture is god-breathed and is useful for