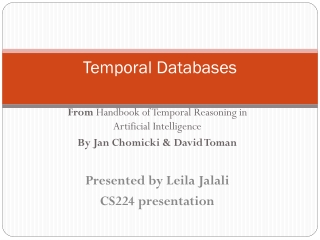 Higher Normal Forms - . by john nicosia. cs 157a fall 2007. what i will talk about. define multi-valued dependency (mvd)