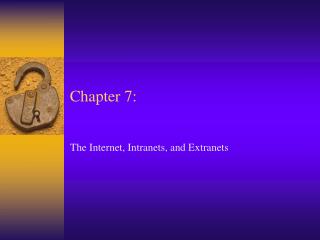 Chapter 7:. The Internet, Intranets, and Extranets. Agenda. What is the Internet IP Addresses How the Internet Works The Domain Name System (DNS) How E-mail Finds its Way Internet Communication Protocols How to Connect to the Internet Internet Services Basic Internet Software