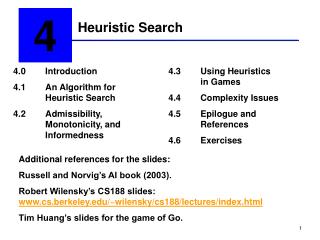 Informed (Heuristic) Search Strategies - . by: zac lippard cs 430. what is a heuristic search?. it is an informed type of

Heuristic Search - . introduction. george polya defines heuristic as “the study of the methods and rules of discovery

4.1.3 Heuristic Search and Expert Systems (1) - . an interesting approach to implementing heuristics is the use of seo - It is the process of getting traffic from the “free,” “organic,” “editorial” or “natural” search