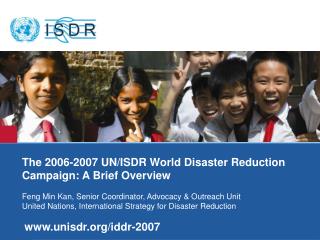 DISASTER RISK REDUCTION - . a primer of knowledge that can multiply and spill over for the benefit of millions. walter

Looking back at reconstruction and disaster risk reduction in housing - . geneva shelter meeting 13b october 29-30, 2013.

STRATEGIES FOR SUCCESS IN DEVELOPING DISASTER LAW: PHILIPPINE EXPERIENCE - 3 rd session of the global platform for

IMPROVING YOUR COMMUNITY’S CAPACITY FOR DISASTER RISK REDUCTION - . 2010 is a good time for every community to build