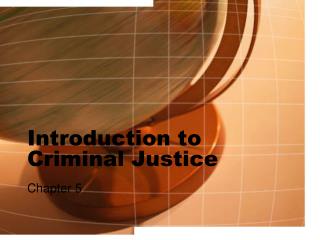 Introduction to Criminal Justice. Chapter 5. History of Policing. As society has changed, so has the methods of keeping the peace Earliest record of society control is 2300BC under Sumerian rulers The Roman Empire’s social control was lost with the Germanic invasions