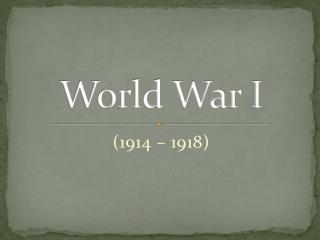 AP World History Review - . 1750-1914 myers. in what century did the atlantic slave trade reach its zenith in terms of

AP World History Review - . 1750-1914. in what century did the atlantic slave trade reach its zenith in terms of numbers

History of FIFA World Cup - . popular culture of football. origins. fifa formed as early as may 21, 1904 in paris, but no

World History - . sswh9. the student will analyze change and continuity in the renaissance and reformation.

Math Makes the World(s) Go ‘Round - . a mathematical derivation of kepler’s laws of planetary motion. by dr. mark