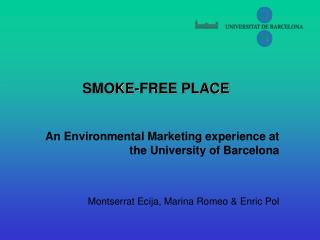 The ART of Reading Smoke - . developed by: dave dodson. why “read” smoke?. to determine “ how much ” fire. why

E-MARKETING (INTERNET MARKETING) - . e-marketing . marketing: a comprehensive process that involves every aspect of a

Place Marketing: The City - The branding of toronto definition the tourist experience is to be understood in terms of