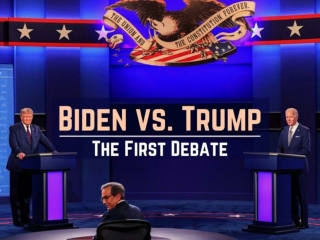 Joe Biden and Donald Trump face off for the first of three high stakes presidential debates. Researching for a Debate - . what is a debate?. a debate is, simply put, an argument. but rather than being a shouting

Plenary Debate Hypotheses: - . ♣ “in africa, the revolution will not be televised. but it may be txted” herman

How to Debate - . (at least in 8 th grade). what is a debate?. a formal contest of argumentation in which two opposing

GOP debate without Trump - Trump may have been physically absent from the debate, but his shadow loomed

President Trump, leaks and cybersecurity - The leakiness of the trump white house has been a boon to the press corps, who

Marketing Lessons To Be Learnt From Donald Trump - Donald trump has been building his barnd value for while now. now he

Trump Will Likely Win Reelection in 2020 Presidential Election - Is trump likely be re-elected in 2020? trump… or who?