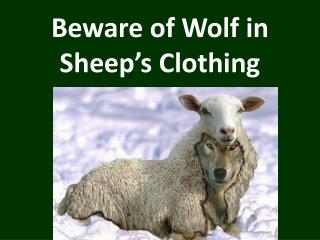 Wolf - . furry friend . by: am. getting to know wolf. lupus means wolf they have strong teeth they are like dogs they are

Review Game - . rules we will continue to play as long as you’re quiet do not shout out your answer show your answer by

Introduction to Breeds of Sheep - . what will we be learning?. today we will looking at the history on sheep production.

Wolf - . by akhila thirumala. introduction. do you know about the gray wolf? well i do! the gray wolf is a great hunter.

Beware of the Wolf! - . by: cara edenfield g roupbygroup.wordpress.com. 3 little pigs were getting big. they needed to

Little Wolf: the Rescue - . with previously unseen scenes by burgundy class. little wolf is busy with his big brothers

Where is the GREEN Sheep - . men fox and judy horacek take you on a wild adventure to find the green sheep. here is a

Wolf Aventrue - . by ruth. the wolf has longer legs, bigger feet a wider head, and a long bushy tail. wolves are good

Flock Health - . 3-8-12. sheep misnomers. sick sheep are dead sheep all sheep are born looking for a place to die. sheep