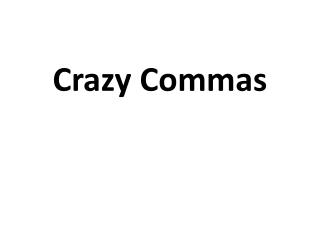 Crazy Commas. Commas have several uses in English and many rules. Hopefully this presentation will help familiarize you with some of the common uses of commas. There are than 20 rules for commas but I tried to simplify things for you.