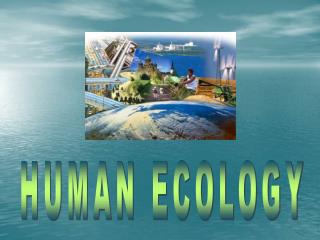 HUMAN ECOLOGY. Natural Ecosystem Processes. Natural ecosystems are involved in a wide variety of natural processes influencing humans and other organisms.    The activities of humans in the environment are changing many of these natural processes in a harmful fashion .   . Human Ecology - . the interaction between the human social system and the environment. social system. population