HISTORY OF THE FIGURE IN ART - PowerPoint PPT Presentation 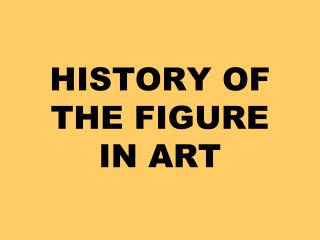 HISTORY OF THE FIGURE IN ART HISTORY OF THE FIGURE IN ART. Throughout history, human figures have appeared in drawings, paintings, sculpture, and other art forms. The figure in art has changed as human needs and artistic expression evolved.

HISTORY OF THE FIGURE IN ART

JUNK SCULPTURE - . marcel duchamp coined the term readymade in 1915 to describe his found object art. readymade can be Sculpture - . element of art: form. there are two basic kinds of sculpture… sculpture in the round : freestanding

Drawing the Human Figure - . art terms. figure drawing- a drawing of the human form in any of its various shapes and

The Figure in Art History - . mrs. moore art i/ii. objectives:. students will recognize the progression of proportions in

The Figure in Art History - . mrs. moore art i/ii. objectives:. students will recognize the progression of proportions in