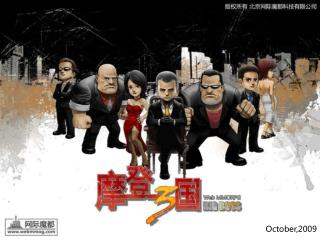 October,2009. Story Background. Han Dynasty has ruled the country for 2,000 years until now. Stable country and prosperous business, people are able to live and work in peace. Software-defined Networks October 2009 - . with martin casado and scott shenker and contributions from many others.