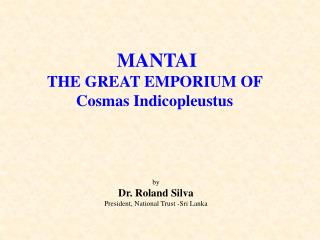 Side Channels in Cryptography - . debdeep mukhopadhyay dept of computer sc and engg iit madras. outline of the talk. what

Channel Routing - . simulate the movement of water through a channel used to predict the magnitudes, volumes, and