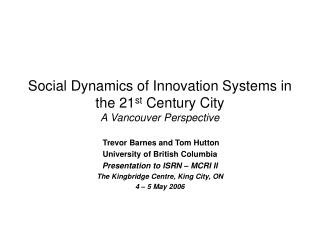 SOCIAL INNOVATION FOR BETTER HEALTH AND WELLBEING IN THE EU A Young Gasteiner Perspective - Ehfg, 5-8 october, 2011.