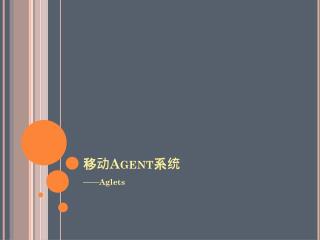 Principal Agent Problem - . principal : supervisor or manager agent : one who is supervised or managed problem : how does

DALI Multiagent System - . handbook and examples. how to create and use a dali agent: summary. how the dali interpreter

Agency - . the key to . . . something. agency is a relationship. consent shown to one person (agent) act on behalf of the

LECTURE 7: Agent Communication - . based on an introduction to multiagent systems http://www.csc.liv.ac.uk/~mjw/pubs/imas