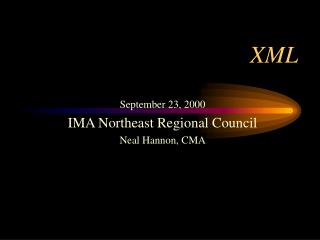 XML - . extensible markup language designed to transform and store data we will learn difference between xml and html.

XML - . what it is and how it works. what is xml?. extensible markup language xml was designed to describe data and to

XML - . session 1: introduction to xml. xml – learning objectives. upon completion of the module you will be able to: