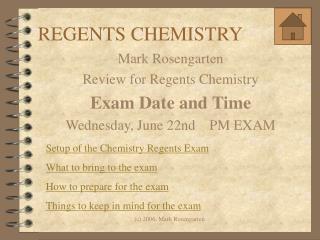 English Regents - . overview. what do you need to bring to the exam?. part one: the listening passage. →you will hear a

June 2010 Chemistry Regents Exam Part 2 – with answers - . 51 what is the total number of electron pairs shared between