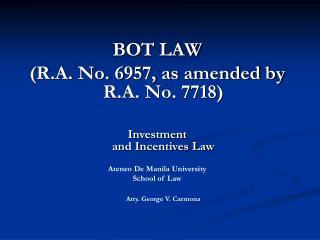 Investment Philosophy: The Secret Ingredient in Investment Success - . aswath damodaran. what is an investment

Preservation Tax Incentives for Historic Buildings - . a joint program of the following agencies: department of the