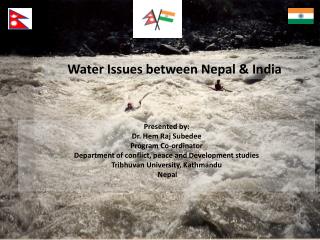 Workplace Inspection Training Program - Due diligence is what we promote, risk management is what we support. workplace

Program Control - . ece511: digital system &amp; microprocessor. what we are going to learn in this session:. program

Cambodian Mekong University is the university that cares for the value of education - . mekong school of management

What Your Town Needs to Know About the National Flood Insurance Program - . presented by: margaret torizzo vt agency of