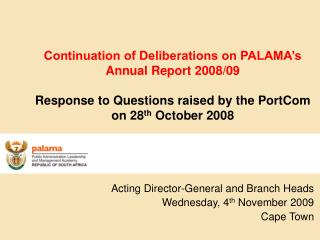 Presentation to the Portfolio Committee on International Relations and Co-operation - . dr a ntsaluba director-general

Where is the Dorset Coast? - . geology of the dorset coast. can you see the band of harder rock? what rock type is it?

Wednesday, November 19, 2014 After Zipf: From City Size Distributions to Simulations - Or why we find it hard to build

STATE OF THE TOWN - . state of the town 2007 presented by: hopkinton chamber of commerce. to provide the community the