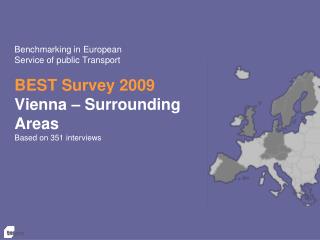 Benchmarking in European Service of public Transport. BEST Survey 2009 Vienna – Surrounding Areas Based on 351 interviews. About the survey How to read the graphs Results Best performing city/region per index Results per index and city/region in 2009, 2008 and 2007

Benchmarking in European Service of public Transport - . best survey 2010 city report: stockholm. about the survey how to