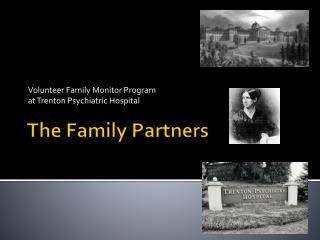 The Family The Modern Family - . how would you define the word family?. family systems. nuclear family consists of one or

Partners - Exploring how hia has impacted, policies, programs and the decision-making process in the u.s. keshia m.

Partners: - Developing the collection of historical and contemporary census data and related materials (chcc) into a