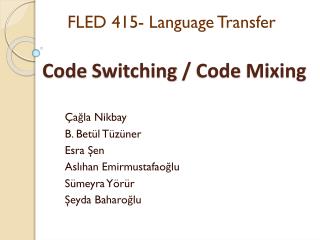 Bilingualism - . everybody knows what bilingual means; yet…as soon as we start trying to define the concept precisely,