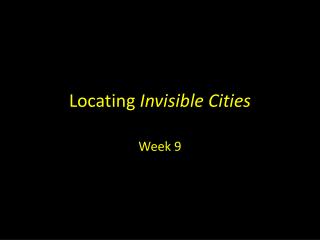 SUNKEN SHIPS- COINS AND TREASURE FROM THE DEEP - . by: xavier pique. sunken treasure- 3/4 ths of earth is covered by

HI136 The History of Germany Lecture 15 - . east germany. introduction. debates over the history of the gdr – objective

Latitude and longitude - . you get a great circle when you cut through the centre the equator is defined in terms of the

FINGERPRINTS - . history. the first systematic attempt at personal identification was devised by a french police expert,

Real Estate in Pune: Affordable & Luxury Housing for Everyone - Metro cities in india have always been an attractive