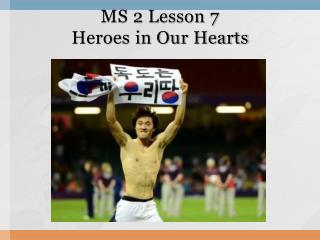 In Our Hearts - . by rose de leon. outline. this presentation will discuss: - course objective 3: the results of close

Our Heroes, Ourselves - . introduction to the psychology, cultural significance and literary t radition of heroes and

Lesson 7-2 - . substitution. transparency 2. click the mouse button or press the space bar to display the answers.

Lesson 7-2 - . substitution. definition. the exact solution of a system of equations can be found using algebraic

Alice’s Adventures in Wonderland By Lewis Carroll - . today we will be taking an introductory glimpse at: lewis carroll

Commercial success by looking for ‘Desire Lines’ - . carl myhill (working for but not speaking for, general electric,

Critical Thinking Skills and the 3 Stages of Critical Reading - . learning to be silent. the pupils of the tendai school

Drawing Conclusions - . in the depths of solitude by tupac shakur. what does it mean to draw a conclusion?. to arrive at