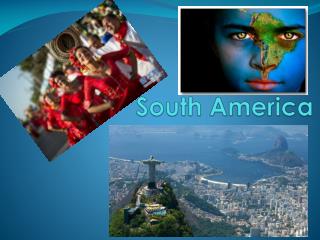 Uruguay: the Switzerland of South America - . not because of any geographical similarity! 4 times larger than switzerland

Travel in South America - . we shall leave france in plane to south america where we shall arrive at the airport of rio

South America Animals - By: hannah weis. south america animals. piranha. they live in freshwater and found in most rivers

LATIN AMERICA - . the physical geography of latin america. latin america: what makes it a region?. strong spanish and