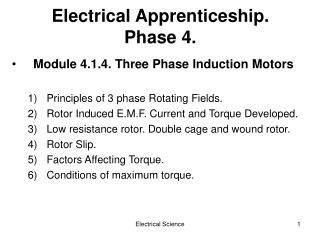 Electrical Apprenticeship. Phase 4. Question - . 230 v 50 hz. find the impedance of the inductor. the total reactance of

Phase 4 - . team member contributions. teams may send me an email, directing what percentage of the team grade is to be

Phase 4 Sentences - . the frog jumps in the pond and swims off. i must not trample on the flowers. a crab crept into a

Apprenticeship - . the “other” 4 year degree . highlights of apprenticing. there are over 300 apprentice titles these