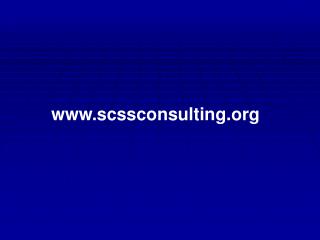 www.scssconsulting.org. Grandma Masse’s Rules for Success: “The smart guys are the guys who learn from the other guys. Don’t get all caught up in one thing; everyone believes their thing is the best thing and they’re usually wrong. So, shut-up and listen and learn and change.”