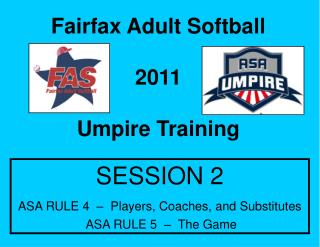 3-umpire mechanics - . try to keep one umpire ahead of the lead runner if possible, “ box ” the runner between the

Email Basics - . computer training for elders. what we think we know…. you are an older adult (or you wouldn’t be in

Drug and Alcohol trends in the united states 2011 - . prepared by david s. anderson, ph.d. professor of education and

THREE UMPIRE SYSTEM - . positioning and mechanics. things to go over in pre-game umpire’s meeting. down and set with