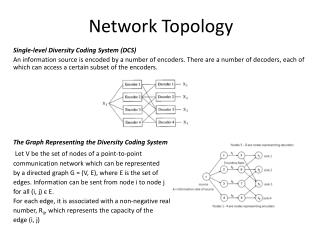 Network Topology - . network topology is the layout pattern of interconnections of various elements of a computer