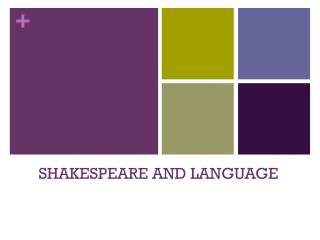 EXFAC03-AAS v11 Language - . 3: language families. why study languages? calendar – one language per month. thanks to

“SHAKE-UP” - . like shakespeare, teachers are forced to simplify their knowledge to gratify the bad tastes of the

The Language of Prospecting with the ISA dreamteam - . table of contents. chapter 1: the language of prospecting tips and

Shakespeare &amp; Elizabethan Times - . why shakespeare?. shakespeare wrote about: universal themes the ugly side of