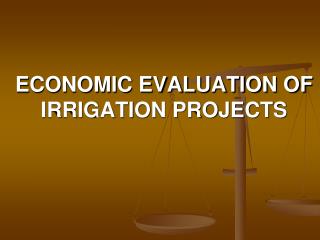 ECONOMIC EVALUATION OF IRRIGATION PROJECTS. Pre-Independence- Development of financial policy. Considered as commercial ventures like any other infrastructure projects The feasibility of irrigation projects essentially evolved from the concept of financial soundness of public investment SOURCES OF IRRIGATION - . sources of irrigation. depending upon the availability surface water groundwater rainfall

Projects - . projects grades hw. term papers/projects proposals are due on tuesday 10/23/12 . within a week we will give

Chapter 12: Economic Geography - . developed by joe naumann. economic systems are an important part of any culture.

… Projects … - . how to be more successful?. what are the criteria of success?. satisfied final beneficiaries ? or.