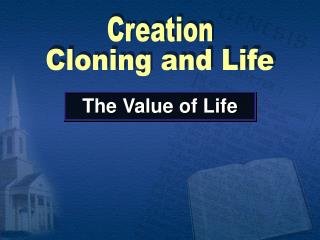 Creation. Cloning and Life. The Value of Life. Topics. Cloning - the Results Stem cells: what are they? More on cloning The value of life – when does it begin?. Genesis 1:1. In the beginning God created the heaven and the earth. . Genesis 2:7. Get your uk visa within 3–4 days with uk visa.ae - The ukvisa.ae is one of the most exclusive uk visa suppliers which

Lecture 10 - . money and the banking system &amp; monetary policy. why are banks so heavily regulated? nature of