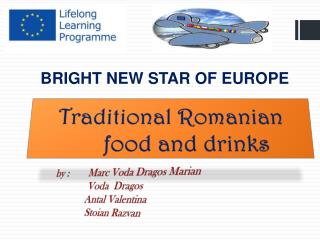 Christmas in Romania - Christmas or christmas day is an annual holiday commemorating the birth of jesus christ,

Foods of Mexico - . corn, or maíz, in spanish, has been an essential part of the mexican diet since well-before the

Christmas in Romania - . december. how we prepare our souls?. christmas is a very important celebration for the romanian

TRADITIONAL CZECH DRINKS AND FOODS - . fernet is another herbal beverage, very appreciated by the czech people (and not

TRADITIONAL - . korean. clothing. have you ever wanted to know what traditional korean clothing looked like??? well now

The Romanian traditional foods and drinks - . made by jinga dragos.