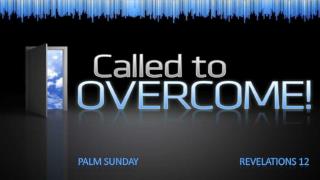 PALM SUNDAY REVELATIONS 12. John 16:33: "In this world you will have tribulation." Acts 14:22: "Through many tribulations we must enter the kingdom of God.".

HOLY WEEK - . its meaning and practice. palm sunday passion sunday. jesus rides into jerusalem on a colt. the people

Palm Sunday - . palm sunday. jesus rides into jerusalem on a donkey. jesus is hailed as king. the people wave palm

Palm Sunday - . crown him with many crowns, the lamb upon his throne; hark how the heav'nly anthem drowns all music but

“Passover week” - . a journey through the most holy week of the year. how to live the holy week?. attend at least one

Epiphany Sunday - . “epiphany” “ to show, make known, reveal, or to shine forth” celebrating the revelation of

Seven Blessings of Revelation - . blc presents:. plagues and promises. structure. rev 22:7 blessed are they that do his

Palm Sunday - . by: ryan, louisa, ela, javier. palm sunday mass . palm sunday is a day when we remembered the day when