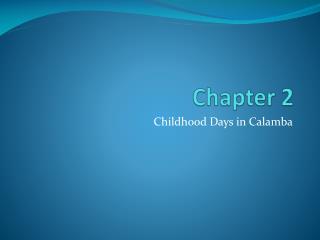 Chapter 2. Childhood Days in Calamba. Jose Rizal, just like Filipino boys, had many beautiful memories of childhood. His was a happy home, filled with parental affection, impregnated with family joys, and sanctified by prayers.