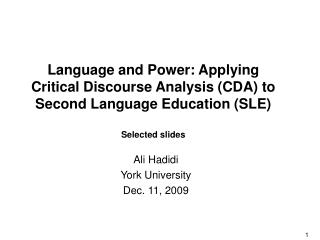 CSCE 330 Programming Language Structures Syntax (Slides mainly based on Tucker and Noonan) - . fall 2012 a language that

JavaScript - . javascript introduction. javascript is the world's most popular programming language. it is the language