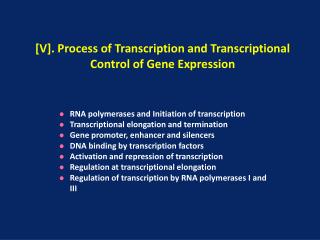 Chapter 31 - . transcription and regulation of gene expression to accompany biochemistry, 2/e by reginald garrett and