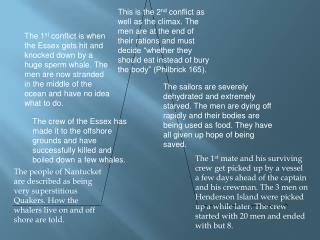 This is the 2 nd conflict as well as the climax. The men are at the end of their rations and must decide â€œwhether they should eat instead of bury the bodyâ€ (Philbrick 165).