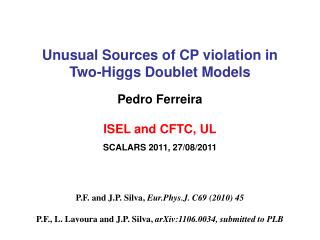 Mixing in Weak Decays - . charged weak current (exchange of ws) causes one member of a weak doublet to change into the

Physics Prospects of Super KEKB and Belle II - . kurtis nishimura university of hawaii (on behalf of the belle ii

Investigation of the Disovery Potential for Higgs Bosons of the MSSM with ATLAS - . markus schumacher , bonn university