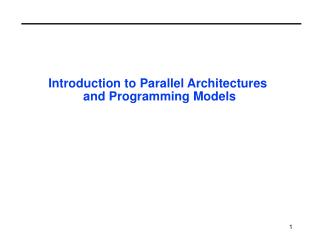 Modeling and Parallel Simulation of Multicore Architectures with Manifold - . the manifold team. school of electrical and

Introduction to MATLAB and MATLAB Programming - . #1. outline. who are we and why are we here? (to paraphrase james