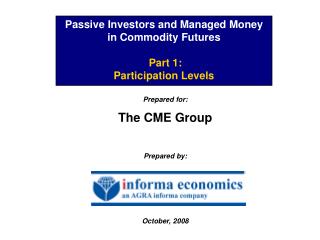 A Brief History of Money - . what is money?. we normally think of currency when we think of money. however, more

FUTURES - . nick piantek. what are futures??. futures are contracts to buy or sell a specific commodity on a specific day

Chapter 8 - . fundamentals of the futures market. outline. a. the concept of futures contracts b. market mechanics c.

About LPG - An Important Commodity - Investors can now buy, sell and virtually trade in lpg commodity just like any other

A socio-cultural approach to participation - . . an overview of basic concepts and methods hanna laitinen 2.3.2011.