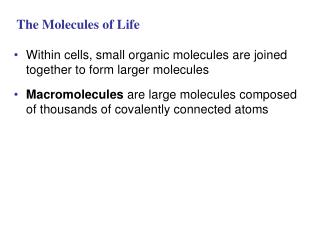 What Do Molecules Look Like? - . the lewis dot structure approach provides some insight into molecular structure in terms

IV. Early Life - - the first cells were probably heterotrophs that simply absorbed nutrients and atp from the