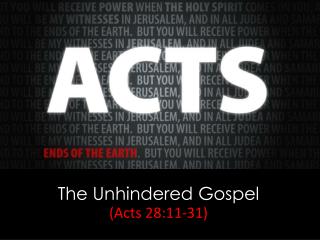 The Unhindered Gospel (Acts 28:11-31). When you come, bring the cloak that I left with Carpus at Troas, also the books, and above all the parchments . 2 Timothy 4:13. Let goods and kindred go, This mortal life also. The body they may kill; God’s truth abideth still; The Synoptic Gospels An Index of Themes - . the gospel according to st. matthew jesus as the fulfillment of old testament

ANIMAL GOSPEL – - Christianity and animals… religion have a great influence o n how we look at the world. it has